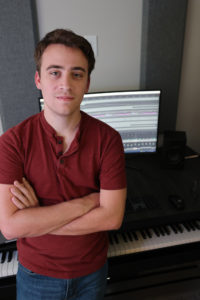 Will Goss is an award-winning American composer for concert halls and video games. Endlessly curious about music, his focus on fusing different styles has resulted in music known for its eclecticism and inventiveness.

His game music described by critics as “gorgeous” and “masterful.” His classical music has also been met with acclaim with performances in the United States and Europe. In 2021, his song cycle “she-wolf” finished as a finalist in the NATS Art Song Competition. His repertoire also includes singer-songwriter albums, piano music, symphonic poems, chamber, and choral music.

Will holds a B.S. in Computer Science from the University of South Carolina and a B.A. in Music from the College of Charleston with a double concentration in music composition and piano performance.